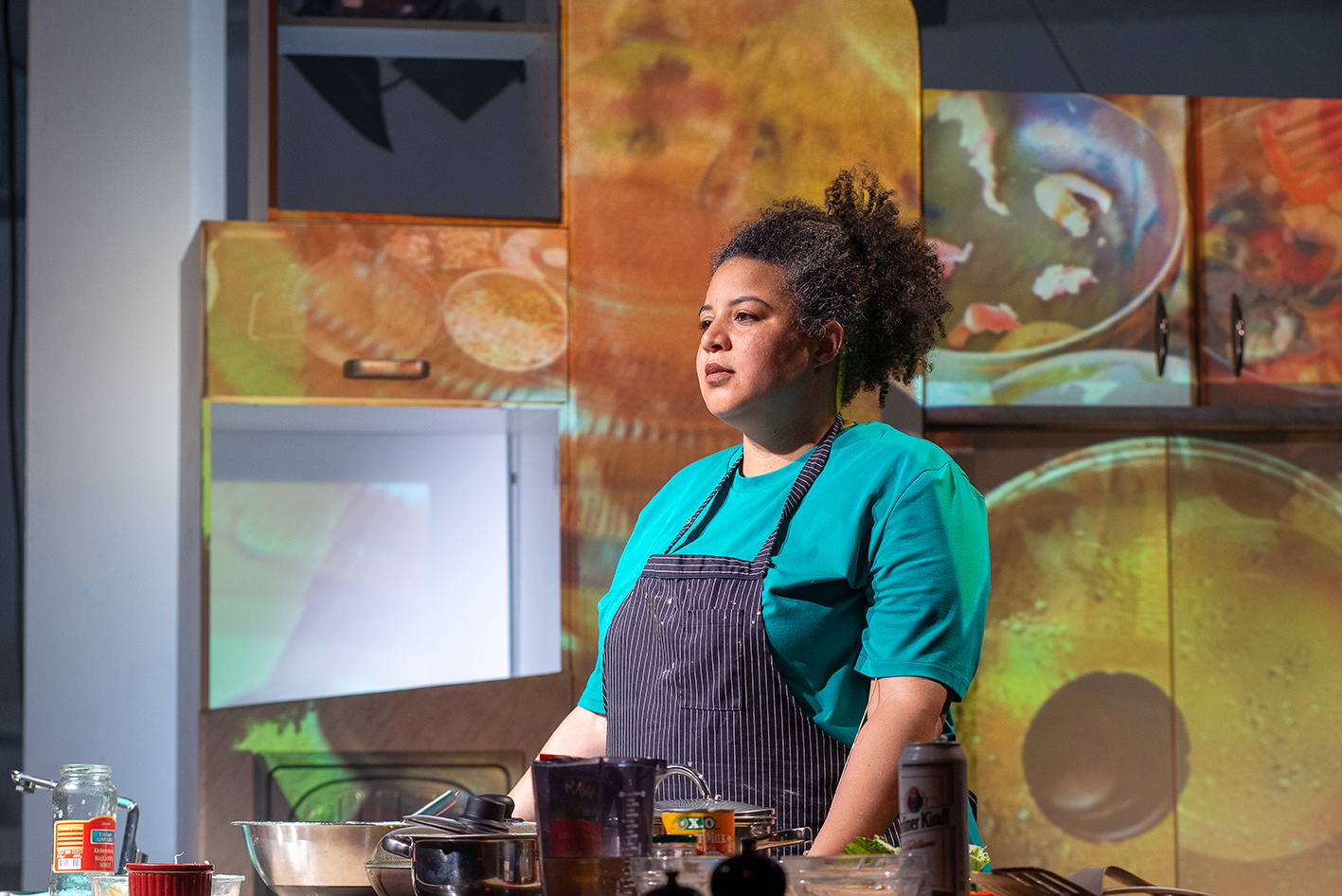 Simone Dede Ayivi and her accomplices are firing up their ovens. They’ve come together to cook, having gathered recipes, shopping lists, entire cuisines – and, indeed, kitchens. And all of this along with the accompanying stories about family relationships and processes of separation, culinary assimilation pressure, fake fufu, the hummus paradox and kofta exoticism. They are taking a stand against the German aversion to caraway and garlic, hacking the potato system and opening up a few storage jars. They present hard-to-digest issues as light fare and lift the lids on each other’s lives and histories. Together they are writing the theatrical cookbook of their culinary migration heritage and asking: what will we be cooking tomorrow?

In “Home Cooking”, Simone Dede Ayivi stands as a performer in the kitchens on the stage. People from the most diverse communities, generations and places share their stories and recipes in video and audio plays.

The music and sound design for this piece builds a lot on sampled, edited, and processed cooking- and eating noises. The sound system is a basic 4.1 surround set up. However, there are also 4 transducers directly mounted on various surfaces of the set-kitchen. Those are mainly used as hidden speakers for the voice recordings (to create intimacy and a specific sense of space), but also for sound effects and to make the construction vibrate and resonate.

Co-production: SOPHIENSÆLE, Festival Theaterformen / Funded by a basic subsidy from the Senatsverwaltung für Kultur und Europa, the HannoverStiftung and by the Fonds Darstellende Künste through funds from the Federal Commission for Culture and Media